This entry was posted on December 10, 2018 by ScienceofSpeed. 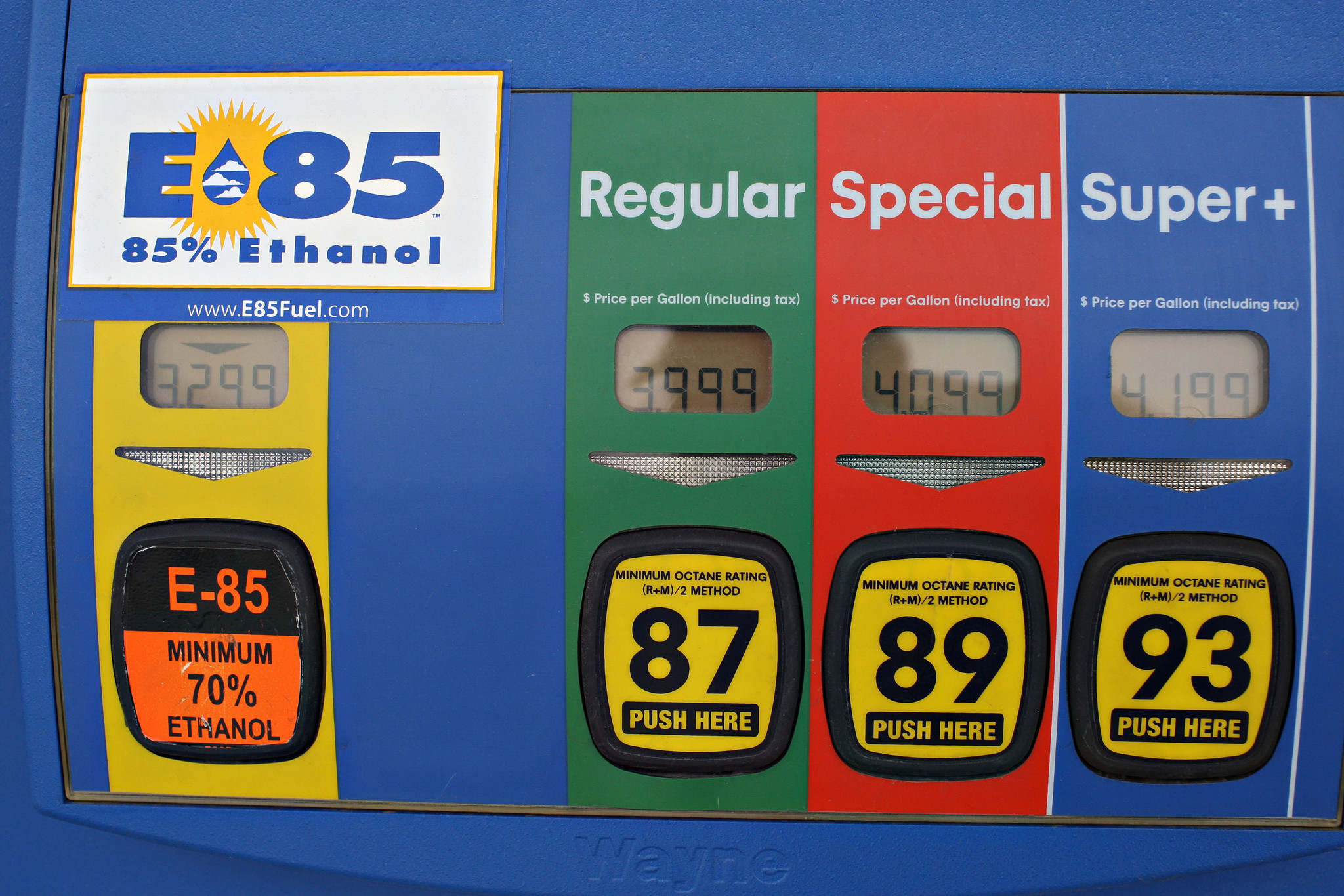 E85, or FlexFuel, has become popular with performance enthusiasts. In addition to its environmental benefits, the fuel allows high performance engines to operate at higher cylinder pressures producing more power due to ethanol's charge air cooling and increased anti-knock properties. E85, or FlexFuel, is an abbreviation for a fuel blend of approximately 85% ethanol and 15% gasoline - however the exact ratio can vary significantly based on locale and season. ASTM 5798 specifies that fuel may be labeled as E85 even with an allowable ethanol content of 51-83%. 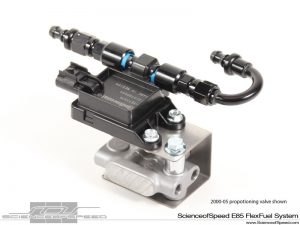 Ethanol contains less energy by volume compared to gasoline. Having a way of monitoring the content of ethanol in the fuel to adjust for fuel delivery volume is critical for reliable operation of the engine. Vehicles you may have seen labeled with "FlexFuel" badges are supplied by the original manufactures with a fuel composition sensor. The sensor produces an electrical signal which varies depending on the content of ethanol in the fuel.

For performance applications, due to the variance of ethanol content out of the pump, simply draining the fuel tank to switch between gasoline and E85 is not sufficient for reliable operation of the engine. Popular aftermarket engine management systems from AEM and Haltech (with others in development) now allow these same fuel composition sensors to be integrated to the ECU for monitoring and adjusting injector pulse width (the fuel volume supplied to the engine), ignition, and boost pressure to allow seamless adjustment between fuels. ScienceofSpeed offers complete plug-and-play E85 FlexFuel Sensor Systems designed to allow the sensor to be integrated into vehicles not originally equipped with FlexFuel sensors.

Two considerations should also be made when deciding to use E85 fuel. The first is your fuel system. Your fuel system must be up to the task of supplying approximately 30% more fuel volume for the same horsepower as gasoline. Calculators available from websites such as RC Engineering can be used to gain an idea of your fuel requirements. Generally, we have found a BSFC value of .73-.80 can be used for efficient Honda engines. For an example, a 4 cylinder engine producing 550 BHP horsepower with E85 at a BSFC of .78, an injector duty of 80%, and a fuel rail pressure of 56 PSI would require 1242 cc/min injectors and 298 L/hr of net fuel flow. Injector sizing and fuel pump capacity should be chosen based on these calculations. Secondly, due to ethanol's corrosive nature, the fuel system's various components must be chemically compatible with ethanol. While many modern OEM fuel systems are designed for some amount of ethanol content, not all are specifically designed for high concentrations of ethanol. Fuel system components should be verified to be compatible and the frequency of fuel system inspection should be increased.

To tune the engine for use with gasoline and E85, two separate calibrations will be performed by tuning for one extreme of minimal ethanol and one extreme of maximum ethanol content. The engine management system will then automatically interpolate between these extremes depending on varying content of ethanol in the fuel.

It must be first considered that most gasoline available from the pump is "oxygenated" or containing around 10-15% ethanol. In addition, "E85" from the pump can vary in ethanol content, usually around 70-85%, or even less in the winter (E54 is typical here in Arizona). In an ideal situation, non-oxygenated gasoline 91-93 octane (R+M)/2 gasoline (0% ethanol) and neat (~100%) ethanol would be used.

However, we've found that using oxygenated gasoline and 98% fuel ethanol, sold as E98 is available from retailers such as Torco and Ignite Fuels, can be successfully used for tuning. E98 can be relatively expensive due to the costs of shipping a flammable fluid like this (a 55 gallon drum for example costs around $3-4 / gallon for the fuel, but with shipping, the costs can easily be $10-12 / gallon). Although it can come at a great expense, tuning with E98 is a one time operation to verify that your engine will be tuned properly and is worth the investment. ScienceofSpeed stocks E98 - and your tuner may as well.

The frequency based composition sensor used by ScienceofSpeed is powered by +12V and ground by the ECU. The sensor outputs a varying digital square wave frequency and pulse width. The engine management system interprets this signal to an ethanol content percentage and fuel temperature (temperature is used by some ECUs to correct for sensor accuracy at ethanol content percentage extremes). The AEM EMS (Series 2) must be updated to v02x01 or later firmware and AEMTuner software must be v3.2 or later. The ECU must be setup to indicate which input is used for FlexFuel content (AEM EMS: FlexFuel tab, options window). ScienceofSpeed uses the default switch input "Switch 2". The Rising and Falling Edge options must be turned On (in this example Sw2 Rising Edge and Sw2 Falling Edge are set to On). If these options are not on the options window in your workspace, right click the options window and add them from the list.

Two separate calibrations will then be made. We suggest completing a tune with fresh 91 octane gasoline first since this is most likely to already be in the fuel tank. Then, completely drain fuel tank and replace fuel with E85 (preferably E98). The in-tank fuel pump can be used (some ECUs allow the fuel pump to be turned on constantly) to drain the fuel tank. There will likely be a gallon or two of fuel left. What we've found to work well is to drain the tank as best as possible, then add 3-5 gallons of E98. Drain the tank again (collecting the fuel for future use) then fill 8-10 gallons. Replace the fuel links, and allow the pump to circulate the fuel for several minutes. You should achieve a composition of about 85% ethanol.

The ECU can then be tuned for FlexFuel. Typical settings include a blend table, FlexFuel ignition, and FlexFuel boost target tables. Individual tuners will vary settings based on preference. If an engine management system is purchased from ScienceofSpeed, we share base calibrations intended for FlexFuel tuning. Once configured, the driver can then use any concentration of gasoline or E85 and the ECU will automatically vary fuel delivery, ignition, and boost pressures.