Have a Comptech / CT-Engineering Supercharger on your NSX?

This entry was posted on January 10, 2020 by ScienceofSpeed. 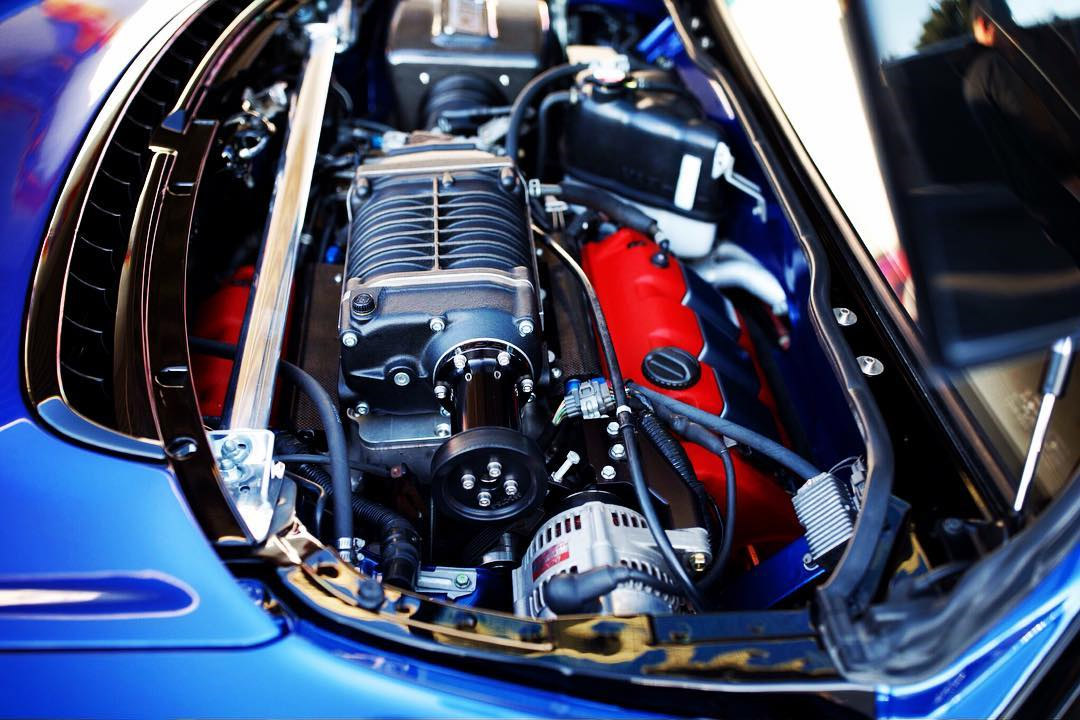 The Comptech (later renamed CT-Engineering) supercharger system for the NSX was a popular option for the NSX while the company was in business.

The kit has been in service since the mid-90s. The system produced about 80-90 horsepower and included a screw supercharger and a fuel system that consisted of a rising rate fuel pressure regulator, a voltage booster for the fuel pump, and in later kits, an electronic control module that would add additional injector time. The supplied fuel system pushes more voltage to the factory fuel pump to allow the fuel rail pressure to maintain 80-100 PSI. That's a lot of pressure for the factory fuel pump, and causes accelerated wear to the pump over time.

Because the kit was a bolt-on, few customers would have the car tested on a chassis dyno after installation. More importantly, many NSXes have had the kit installed for 10-20 years, and have never had the NSX tested to ensure the fuel pump is still functioning properly. When the fuel pump begins to fail, which consists of slow degradation of performance, instead of complete failure, the fuel rail pressure can drop and not enough fuel pressure is maintained to safely fuel the engine.

The NSX ECU, or the add on module, does not have the ability to correct the mixture if this occurs, that the loss of fuel pressure can result in detonation which may cause piston damage with time. ScienceofSpeed has seen examples of engine damage over the years from this - and as evidenced on a recent test of an NSX with only around 20k miles since installation - even low miles on the system can show evidence of premature failure.

The Comptech system requires a very rich fuel mixture (10.8 - 11.2 AFR) to cool the combustion to prevent detonation. On this NSX, the fuel pressure tapers off by more than 20 PSI above 7,000 RPM which causes the fuel mixture to rise more than 1 AFR point higher from where it should be (purple). The sound of detonation was heard which caused us to discontinue the test. 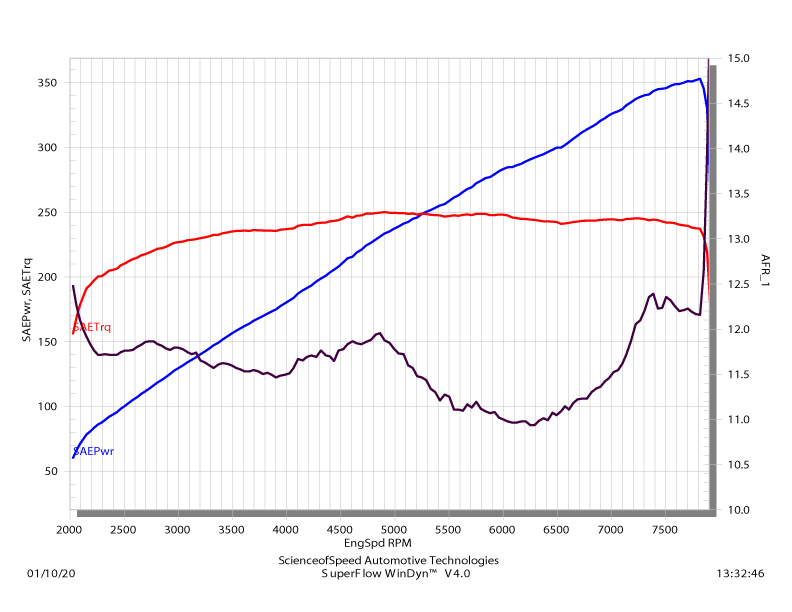 ScienceofSpeed recommends having your supercharged NSX inspected on a chassis dynamometer at least every 1 - 2 years to verify the operation of the fuel system. The dyno used should have the ability to monitor air/fuel ratio - and ideally, you will have the ability to monitor fuel pressure - which can conveniently be done with the fuel pressure gauge offered by ScienceofSpeed. If the fuel pump is failing, this fuel pump, designed for high-pressure applications makes a good replacement.

In addition to these periodic checks, the following is recommended: