This entry was posted on February 1, 2022 by ScienceofSpeed. 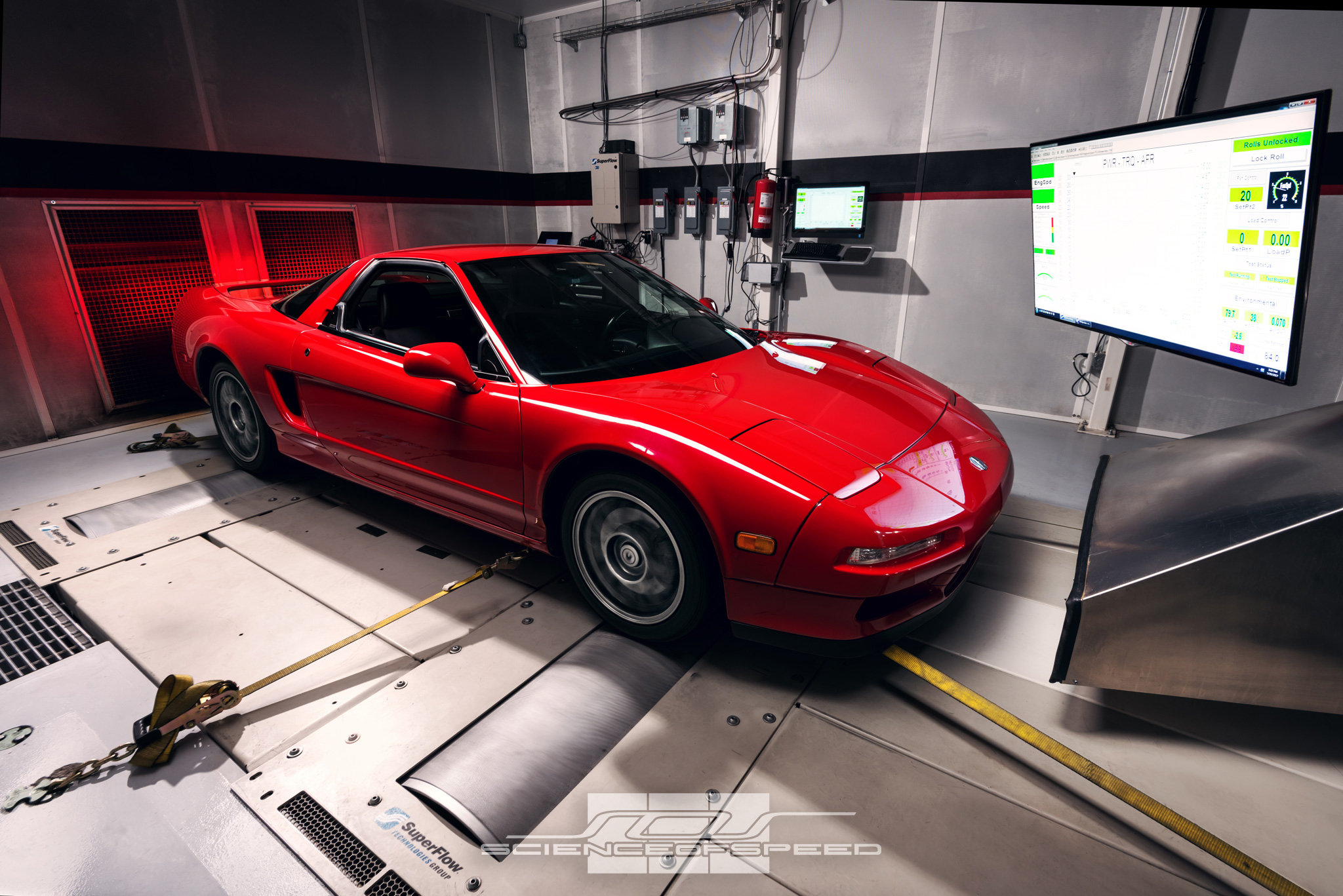 High horsepower modifications to the NSX have become more common. Increased power increases engine fuel demands. With the introduction of high fow turbine fuel pumps such as the Aeromotive 340 LPH and Walbro 450 LPH fuel pump, customers have the ability to install a fuel pump capable of supplying high horsepower applications using the factory in-tank fuel carrier. Initial testing performed showed the Aeromotive 340 HP pump performing similarly to the lower capacity Walbro 255 HP pump with factory wiring. Upon investigation, it was clear that resistance from the factory fuel pump wiring was causing a voltage drop down to less than 11 V at the pump. The factory wiring consists of wiring between American 16 and 18 ga wiring. Resistance is further increased from the relatively long run of approximately 8 ft of wiring from the power source. Testing was performed using a twin turbocharged 1993 NSX with a maximum total gasoline fuel supply demand of 270 lph at 750 horsepower at the engine. Manifold pressure (boost pressure), engine speed, and fuel pressure were datalogged with the vehicle’s engine management system while being placed under hub load on a chassis dynamometer.

ScienceofSpeed has developed a solution to supply sufficient current for a high flow fuel pump.

Test 1: factory wiring
This test was conducted with factory wiring. Fuel pump voltage dropped from 13.5 to 11 volts and a drop of fuel pressure from 58 PSI to 37 PSI. The test was aborted early as the injectors reached maximum duty due to the dropping fuel pressure.