This entry was posted on October 4, 2012 by ScienceofSpeed.

White. There's a certain understated power and elegance that it possesses. A certain purity and balance as well - perhaps the reason why Honda chose it as the color of its classic F1 cars. Three months ago, ScienceofSpeed began the Unlimited S2000 Project - the construction of our Unlimited Class race car - and this balance was used as our guide. The car was built for NASA TTU / Super Unlimited - essentially unlimited race classes with each car being leveled by a certain power/weight formula. 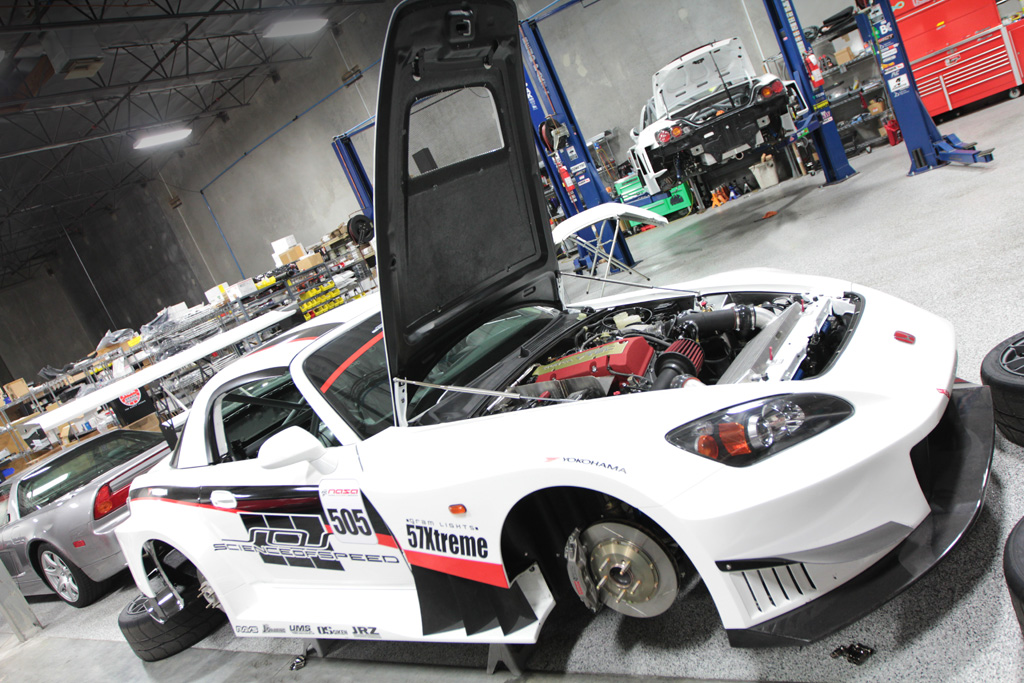 While built to be competitive, the primary purpose of this car is for the development and testing of a number of new forthcoming products by ScienceofSpeed for the Honda S2000. From powerplant to suspension, each product is being developed and put to the test on this rolling test bench. The products in development are not necessarily only race car parts - but are being tested in the most demanding environment we can think of.

The car is being featured by Mackin Industries / Rays wheels at this year's SEMA show and can be found in the featured vehicle area in the North Hall of the Las VegasConvention Center this week from Nov 29th – Dec 2nd 2012. 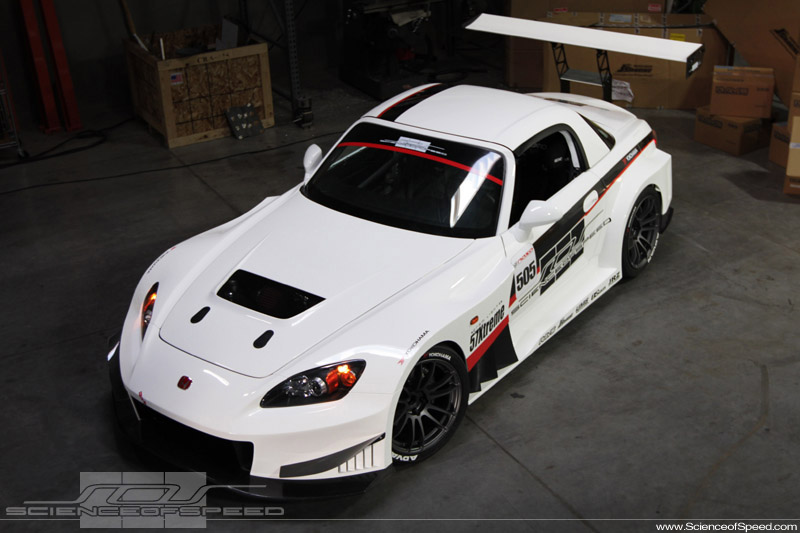